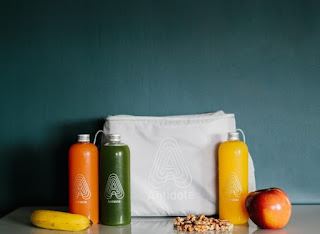 6 bottles a day for 5 days:
To start the day, bottles 1 and 2 are the only green colored juices in the pack.  They each have some fruit in it, so they are unexpectedly refreshing and palatable. The anti-inflammation and hydrating properties of the juices have been a great way to begin the morning. 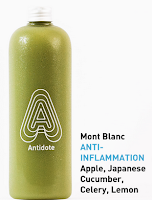 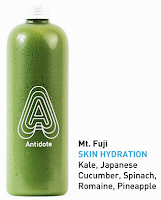 But mostly, I get through those as quickly as I can in anticipation of bottle 3. I love ABC juice in general (apple, beetroot, carrot), but Antidote's Angel Falls is especially delicious.  Each ingredient is added for its health properties, but I've found the addition of coconut oil adds a silky texture to the juice, while the rosemary keeps the 500ml of juice interesting with its herbal dimension. Absolutely love this juice, it's the only bottle I finish without a problem. 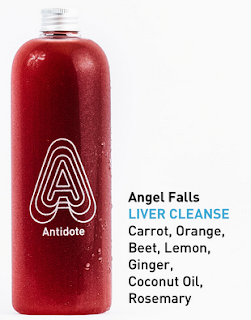 That's not to say that the next three juices aren't good. Victoria Falls was my favorite juice until Angel Falls came along. I've actually posted about it before on instagram when I was diving in Bali. 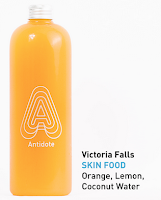 The Atlantic, bottle 5, was new to me out of the Antidote range. Packed full of natural sugars from apple and pineapple, by day 2, it almost felt wonderfully sinful to drink. I felt like I should be drinking this out of a cocktail glass with a little umbrella. My friend, Adam Tun-Aung, who was giving me looks of disgust about "juice cleansing," tried a bit of this from my bottle... and then a bit more... and a bit more.  The juice is delightful. 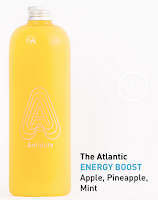 Speaking of sinfully good, the final concoction of each day ends with this: 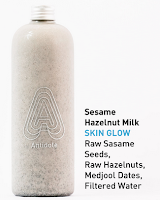 You know the Chinese black sesame soup dessert? Or tang yuan, the sticky rice balls filled with black sesame goodness? It reminds me of that, except in a milky bottled version, and organic. This is another bottle I have no trouble swigging through.

Notes about the cleanse: 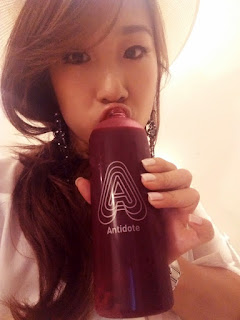 Issues I had:
Good issues I had:
Also to note, I have continued supplementing my diet with Swisse Vitamins (alternating between Women's Multivitamins, Hair+Nails, and Immunity). I've been taking them the past few months since seeing their positive effects and don't want to halt that at the moment. I don't know if that is overkill, I'm not a nutritionist, but I feel fine. My pee is also all sorts of bright colors now.