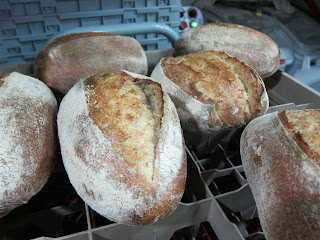 Learning sourdough from the guy who makes the best sourdough in Singapore. 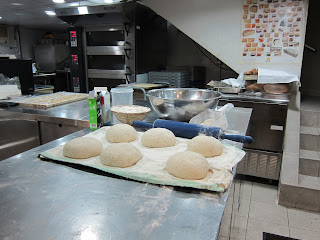 How our kitchen looked halfway through.

Unrelated to work, I made my first croissant back in January.  I was fortunate to have one of the best teachers in Singapore: Les Amis' pastry chef, Daniel Texter.  His most recent stint prior to Singapore was as the pastry chef in Copenhagen at the world's #1 restaurant, Noma.  It was during his time there when renowned Vogue food critic, Jeffrey Steingarten wrote praises of his bread baking.  And here I am, fortunate to learn tips and tricks personally from my blue-eyed German friend on sourdough, baguette, croissant, ciabatta, grissini and pretzels.

...Ich liebe pretzels with all my heart.  I was elated to be making them.  But first... 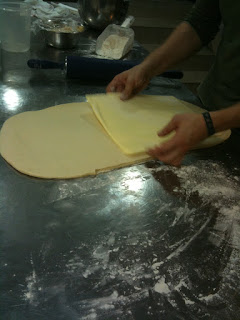 Croissants are no easy task, especially if made from scratch and rolled out by hand.  I'll have to admit that out of everything we made that easy-Sunday afternoon, the croissants turned out miserably (probably my fault).  I mean, I personally thought they were still edible, but Mister High-Standards Chef thought they were a disgrace and just threw them out straight from the oven. 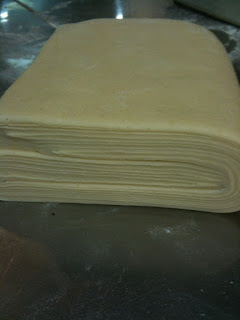 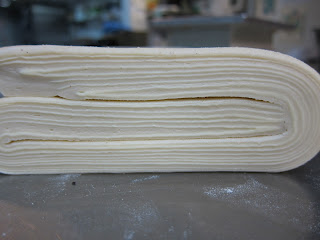 A tomb of butter and more butter.

Rolling it out is tough work. The butter and the dough need to remain cold, and you have to be careful not to crack the butter as you fold and roll it out some more.  My feeble attempts at rolling out the croissant was so pathetic, Daniel had to take over (me = worst pastry assistant ever). 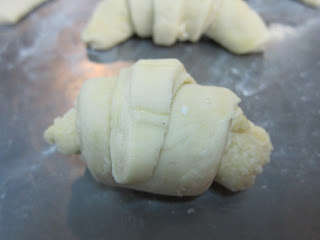 If you're wondering how these little chodes become beautiful croissants... they don't. We messed up a bit.

Croissant, most often recognized as THE classic French pastry around the world, actually has Islamic origins - hence the crescent shape of the final product. Also note, that while I referred to croissant as a pastry here, it is actually categorized as a viennoiserie.

We were in the kitchen for hours, resulting in enough bread to feed this year's batch of NS/army guys.  When I was readying the sourdough for proofing, I remember Daniel telling me to stop flouring the surface neatly. He'd scold, "Stop sprinkling like a housewife!"  In the anti-Nigella Lawson demonstration, he showed how the pros do it... He flicked an unrestrained handful of flour across the surface, letting it tumble across the surface in an elegant wave of white.
Well, damn. 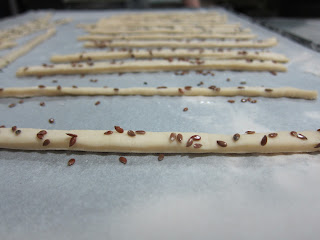 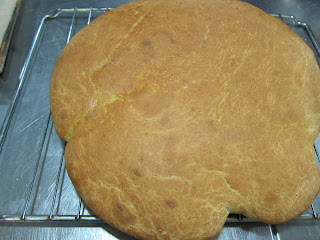 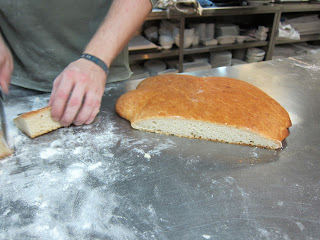 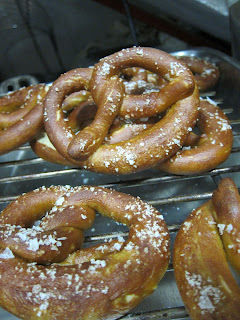 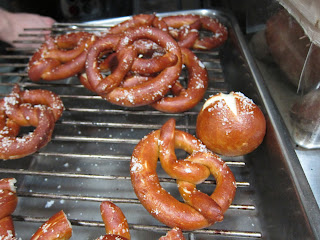 This baking session actually happened way back in January.  Later on for Appetite magazine's July issue, I wrote an extensive feature on French breads (baguettes in particular).  Though unrelated, much of my article was inspired by this fun Sunday session at Les Amis!  Thanks Daniel! 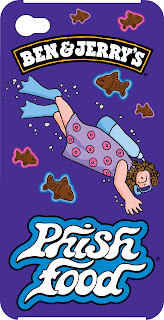 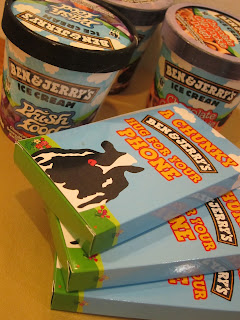 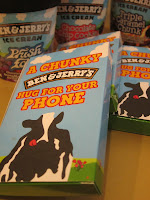 Founded in the late 1960s, Baikohken is a restaurant originally from Asahikawa in Hokkaido, with its Singapore branch being its first overseas outlet in 2008. This was one of the last stops on our long ramen expedition, so expectations would be unforgiving. Baikohken is unexpectedly located on North Canal Road, a road otherwise filled with bars and local Chinese shops. With all of the outdoor and indoor seating occupied upon our arrival, we were promptly led to their second floor—it is a modest space with simple stools and tables, and dated visit-Japan posters on blank walls, akin to those you might find at a travel agency office. We saw a dumbwaiter in use and that noodles were served on plastic pushcarts, reminding us of the old school dim sum days.

The menu is simple. You first begin with three options: butter and corn, charsiew, or vegetables. From there, you select a shoyu, miso or shio based broth. There are also half-size options for all of the above and standard the side options like gyoza, rice or extra toppings. To cover all the bases, we opted for a charsiew shoyu ramen, butter and corn shio ramen and a vegetable miso ramen. The waitress asked us at least twice if we were sure we wanted the normal portion—was she doubting our eating prowess? Bring on the normal sized portions!

We certainly overestimated ourselves, because a normal portion was nearly twice the size of any other ramen-ya. The ramen was Asahikawa style for the most part, a blend of chicken, pork bone and fish dashi (usually shoyu based) and filled with curly, toothsome ramen noodles. The charsiew in the shoyu ramen were generously large thin slices, and delightfully rich and tender to the bite. The ajitama (flavoured egg) had to be ordered separately per dish, but the restaurant served each egg whole. Singaporeans tend to be as fond of eggs as the Japanese, so it was good news getting a whole egg each rather than just half—especially as we found out how pliant and soft the egg was, each filled with a deep orange oozy yolk.

It was a close match comparing the shoyu and shio ramen as our favourite of the three. Given Hokkaido’s colder climate, their ramen tend to be heavier, richer and infinitely saltier in Japan. A pat of butter in the ramen is used as a way to contain the heat within the broth in Hokkaido, though we are equally grateful for its presence just the same in our tropical Singapore. The density of the butter lent a lovely sumptuousness to the light shio broth. All three broths otherwise seemed to be lighter handed on the oil to suit the climate and palates of Singapore.

Please note that ordering the ‘vegetable’ does not mean that it is a vegetarian dish. Besides the gargantuan pile of cabbages and large, beautiful fresh negi slices (scallion), the dish also comes with minced pork. The noodles are springy, with each little curl capturing droplets of the broth just right. We admittedly could not finish all three bowls that afternoon due to sheer size, but nonetheless wish we could have. Every bite left us well satisfied; if any faith in the Singapore ramen scene had been lost during our journey, it was certainly renewed after our weekday visit to Baikohken.

(This review was based after only 1 visit, published in Appetite Magazine September 2011)