This is not a hate post. This is sincere advice as someone who also works on digital strategy behind the scenes, including engaging social media personalities for companies.

Influencer Wannabes: Ordinary people whose sole purpose is to be online famous and freeload with sponsored goods or services.

protip 1: Don't caption every single post with an ad (giveaways, product listing etc). What is this, an online catalogue?
protip 2: Don't post about anything under the sun just because it's free. You lose credibility.
protip 3: Be real–tell us about you! Or be entertaining. Or be informative. Have some substance.

Because people aren't stupid. You aren't "influencing" anyone with your boring Instagram ad. Smart marketers will eventually know how to differentiate numbers vs actual influence (or sales conversion rate).
Show or write something real about yourself... Or is being an empty-headed narcissistic greedy fameseeking freeloader all you are? (on second thought, I guess that's still a lot of things to be! )

[Video] How to Peel Crawfish | with Norman Hartono

I'm a little disturbed how convincing my 'act blur' acting is on camera, haha! I do know how to peel crawfish, but for entertainment's sake... here's what NOT to do when peeling crawfish (me) and how to do it properly (Norman).

Dancing Crab's founder Norman Hartono teaches us how to peel these Louisiana style crawfish!
Come feast at the Annual Crawfish Boil with Dancing Crab Shack at Timbre+ on
April 7th and 8th 2017, 6-10pm.

Indulge in scrumptious fresh crawfish and chilli crab! Craft beers are available as well, along with LIVE music by a New Orleans Brass Band.
Visit https://goo.gl/Y799q5 to join us!

Psst! There's up to 48%* off Live Crawfish if you purchase by 31 March 2017 through Chope.
*standard terms & conditions apply. 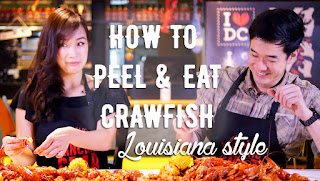 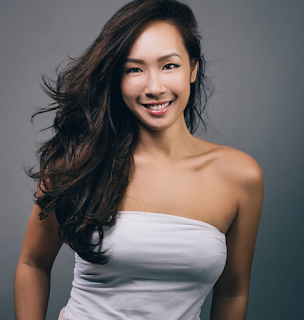 VICTORIA CHENG (born New York, United States) is a published writer, digital strategist, presenter and producer. Education: Bachelor of Arts degrees in Journalism (Broadcast), German Language & Linguistics, and studies in Comp Science. Certification in Nutrition. Currently working on: Masters in Nutrition. Watch her on Channel News Asia: This Weekend and MediaCorp Toggle series: Kitchen Invasion. TEDxTalk speaker (Singapore July 2019). She is a boxing instructor at STILL Boxing Singapore.
HONG KONG: She began her career in the Food & Beverage industry in 2006, helming the business development and franchising of start-up restaurant group, Concept Italian Company. Quickly over three years, the group saw numerous accolades for each of their restaurant concepts, notably Duke’s Burger and Caffé Vergnano 1882.
SINGAPORE: Victoria combined her passion and curiosity of the city-state’s bursting F&B scene and became an established writer, food critic and social media personality.
JOURNALISM: Awarded for a co-coverage feature article concerning local farms and sustainable practices in Singapore. She was also the project editor for dining books and a food critic for multiple editions of Tatler Best Restaurant Guides. She is currently a judge on several prestigious restaurant award panels.
EDITOR: Victoria expanded her repertoire by joining the digital publishing space as Singtel's editor-in-chief building from the ground up, Singtel’s first online magazine www.notatourist.sg. At its peak, reached more than 20,000 page views a day.
STORYTELLING: Contributing writer for various news and lifestyle publications. Moreover, she consults for a number of the Asia-Pacific region's largest F&B brands on social media marketing, operations, branding and menu development. She directs and produces video content for brands, as well as TV presenting.
BLOG: Originally an outlet for her casual musings, her blog garnered interest amongst the social media community, leading to invitations to conferences alongside Hong Kong’s prominent chefs, journalists and television personalities. Panels include Millennial 20/20, Singapore Writer’s Festival.
GAMING: She has been gaming since the 80s, both console and PC. Catch her as a special guest during the launch event of PlayStation 5 Asia. 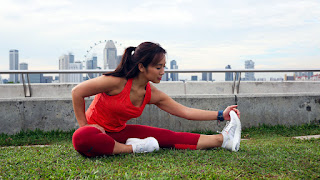 SINGAPORE TRAVELOGUE: Things to do during a vacation-staycation in the Marina Bay area. We tried the Urban Retreat Staycation at the newly renovated Pan Pacific Singapore. It's made for the food lovin' Singaporeans or visitors, who want to spend a whole weekend noshing with easy access to the best sights in the city.
Special thanks to Pan Pacific for hosting, and Victoria Tay for spending the weekend with me! 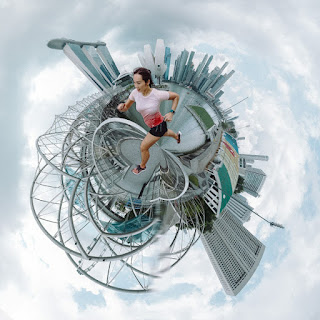