The world's most decorated chef Joel Robuchon and his team in Singapore welcomed the press to be the guinea pigs on their very first day of opening.  Located at the Resorts World Sentosa (somewhat oddly, given the Universal Studios/touristy type surroundings), Chef Robuchon opens both his fine-dining Joel Robuchon Restaurant and the more casual L'Atelier de Joel Robuchon.  I attended as Appetite magazine with my editor, Amy.

The doors open to the rest of the public beginning April 28, 2011.  I'm thrilled to see L'Atelier in Singapore.  L'Atelier is one of my frequent favorites whenever I was in Hong Kong--now I don't have to travel so far. 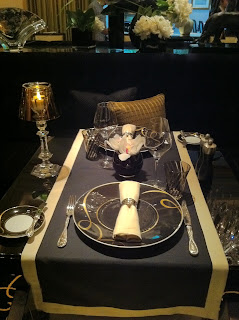 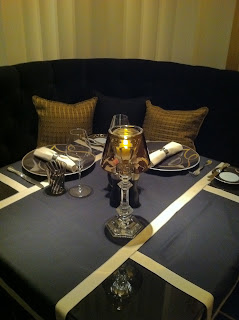 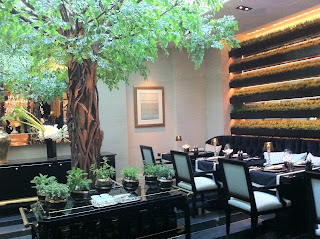 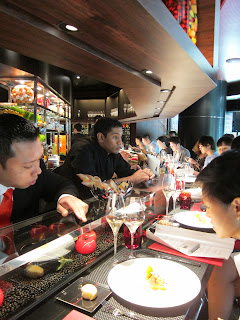 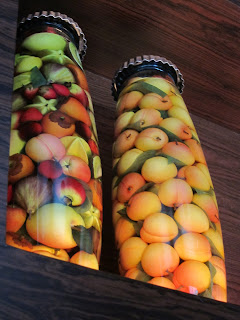 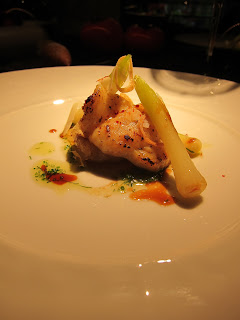 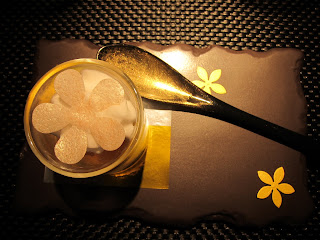 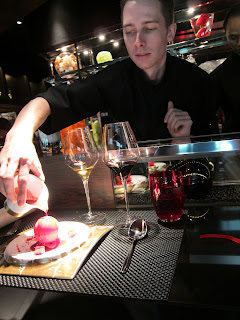 Funny, just 3 years ago when I first met Monsieur Robuchon coincidentally during a visit at his Hong Kong L'Atelier location, never would I have thought I would meet him not just once, but twice more later on in Singapore.  I was incredibly thrilled and surprised the first time I met him (so thrilled that I gave Tony Leung who was sitting nearby not a second glance), that I couldn't even speak.  I was kicking myself later on, thinking I'd never get the chance again!  But here we are.

The boulangerie will be opening later in the year.
Lunch at L'Atelier won't begin just yet.
No breakfast at L'Atelier in Singapore :(  That was my favourite part about the L'Atelier in Hong Kong!

How to make a restaurant insanely popular 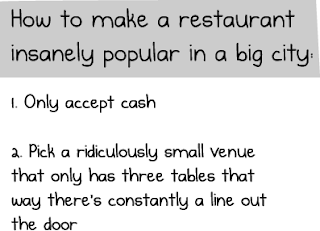 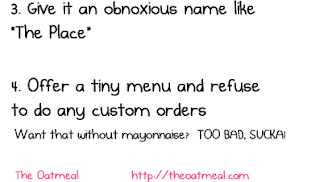 via The Oatmeal.
(Thanks Hale for the link)

Hong Kong versus Singapore...a rivalry that has existed for almost a century. What parameters to choose?  Long-term economic potential? Freedom?  Quality of life? Cost of housing?

Its a tough debate.