Whether you're regular party royalty or just a happy-hour kinda guy, there is one thing most of us dread: The Hangover. 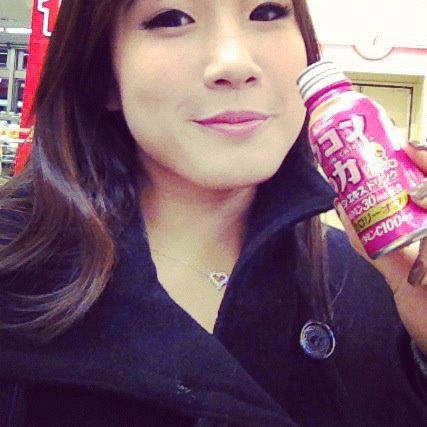 Earlier this year, the first time I tested out this supposed hangover cure in Tokyo.

I recently managed to involve cake in my last outing at Avalon Singapore when Steve Aoki was in town.  End result: 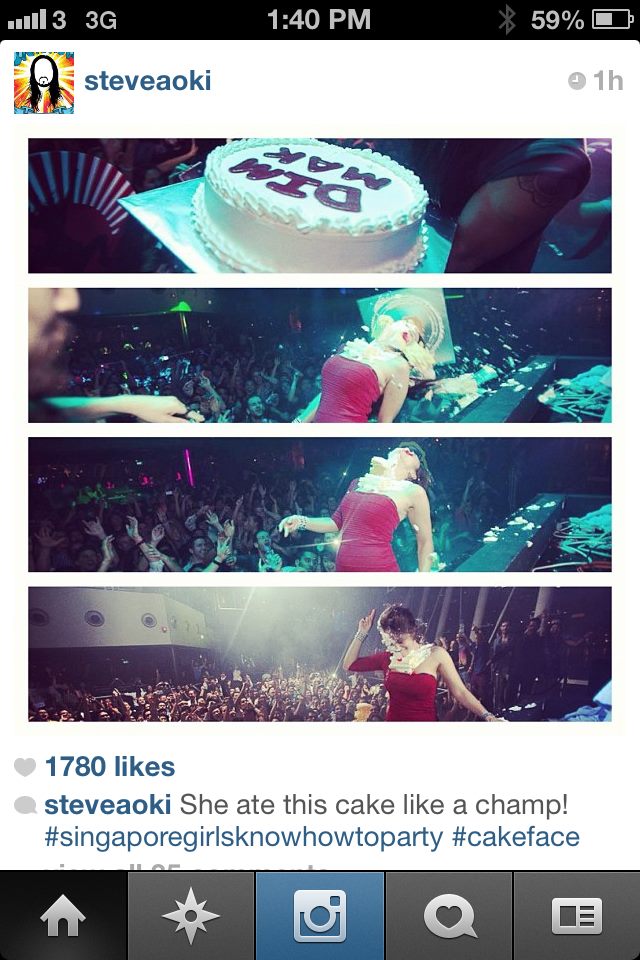 What is Steve Aoki talking about on his Instagram?  Check out the video clip below.
Click here to see my chance at revenge

I wish I could say this was all there was to the night, but there was much more... someone accidentally knocked one of my heels into the Marina Bay, and there was a little bit of crowd surfing (thanks to Aoki).  I guess there's a first time for everything... and everything that night was indeed a first time!  I woke up the next morning, feeling something like the guys in the movie, The Hangover - minus an actual hangover. 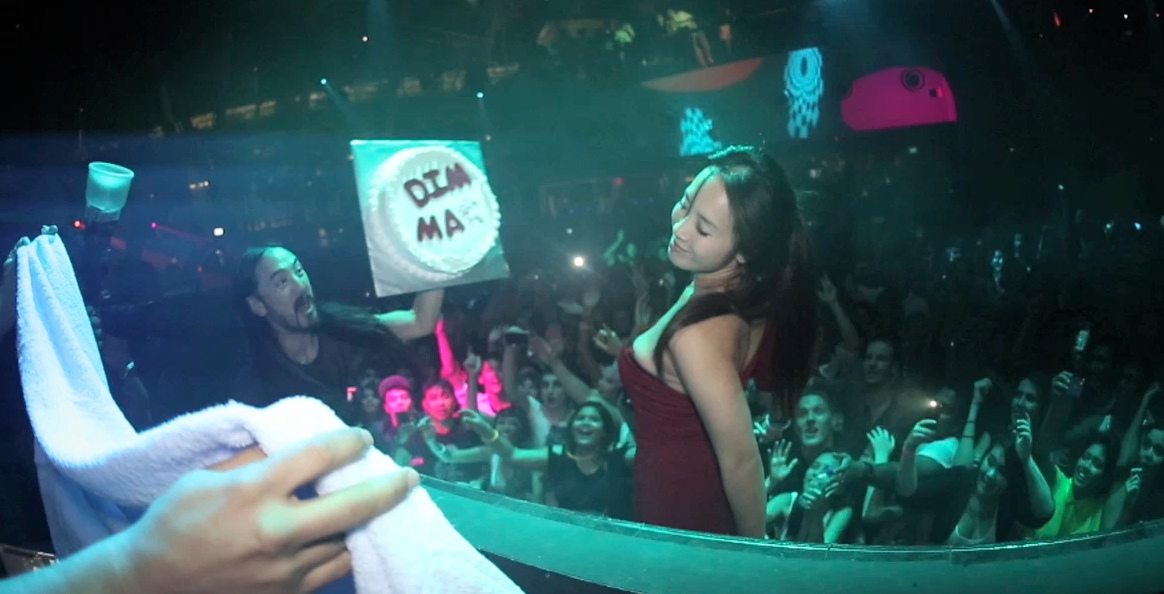 Kids, this is why you shouldn't do drugs.  Copious amounts of vodka and champagne can do enough damage as it is! 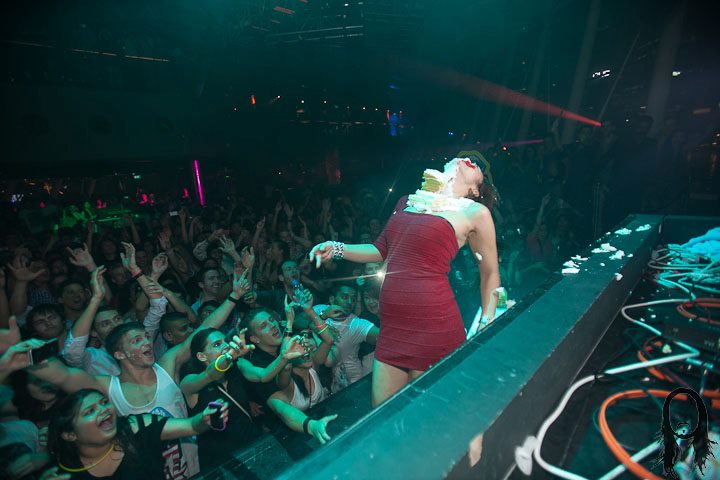 Mom, I swear this was all in the name of research. 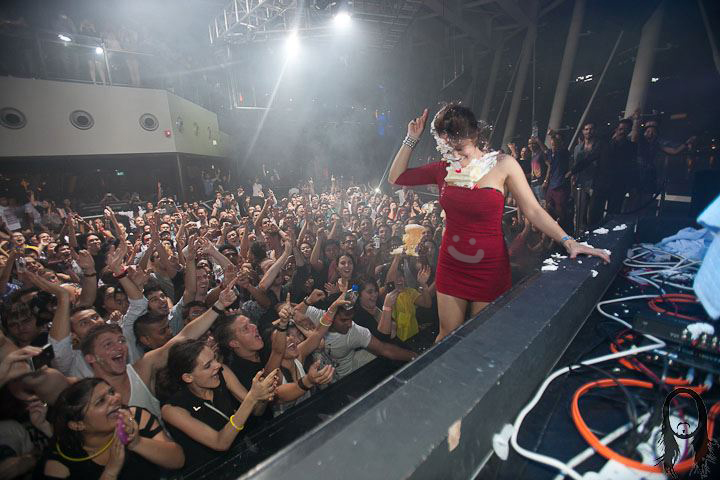 At least we're keeping to the food theme, here.

As if the previous night's festivities were unbelievable enough (trust me, I do NOT do this sort of craziness on a normal basis), the lack of what should have been a raging hangover made it all the more unbelievable.  Unfortunately, seeing an empty can of Ukon and dozens of images and links of my antics being sent to me the next morning confirmed the reality of it all.
Click here to see my chance at revenge... I caked Aoki BACK. 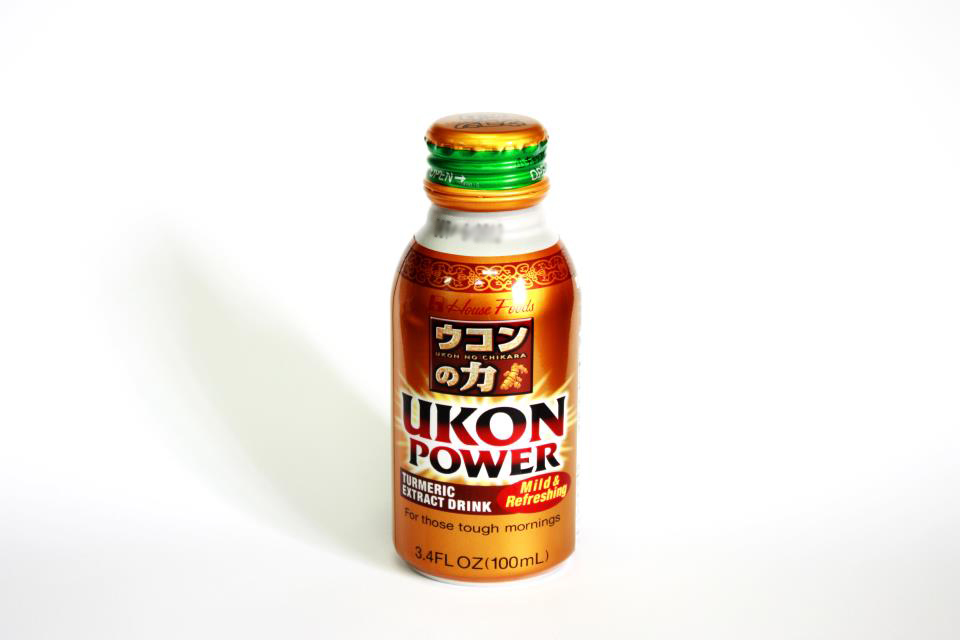 This saved my weekend.

Ukon Power is the Japanese salarymen's lifesaver (white-collar business men).  In a culture that sees a lot of sake and beer drinking even over the weekdays, Ukon Power is sold at counters from every 7-Eleven to public vending machines. 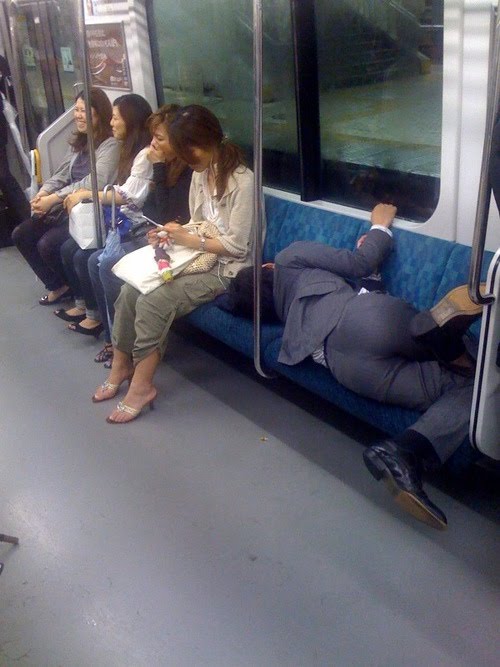 I would not recommend doing this outside of Japan.
See more about the drunk Salaryman here.

Saying Ukon is a hangover CURE might not be the best term.  It's more of a hangover PREVENTION.  The secret ingredient is curmumin - otherwise known as turmeric.  My friends familiar with their spices roll their eyes whenever they find this out.  Places like India have been using spices for various ailments for centuries.  The curcumin "fights the free-radicals in your body caused by a heavy night of drinking that would otherwise cause you to feel like a wet mop the next morning."

I don't know about you, but I'd rather just have a convenient little canister to pop open before the night gets started rather than yellowing my fingers with a homemade turmeric remedy (this spice stains a deep golden yellow very easily).

Ukon Power is now being sold in Singapore!  While Avalon doesn't provide Ukon (yet?), the company so kindly provided me with a case of the goods to try out.  Thankfully, I decided to give a go the night I saw Steve Aoki.  Not my proudest moment in life, but I had one hell of a night... and I was still able to function the following day.  ...now I just have to explain myself to my mother.

Directions:
Taken before, during or right after (not the morning after - it's too late to save you by then!).  You can mix it with vodka or use it as a chaser for a particularly heinous shot.  I personally take one right before the night begins and another right before heading home.

Food (and supplements) for thought

Saw this photo being passed around on Facebook (photo via Information is Beautiful).  The larger the circle, the higher Google search rate.  Depending on color, this photo organizes based on actual evidence of effectiveness for the conditions listed inside the bubble .  I haven't done any deep research on these items myself, so I can't verify how true all of this is.. but hey, more food for thought.

This image is a “balloon race”. The higher a bubble, the greater the evidence for its effectiveness. But the supplements are only effective for the conditions listed inside the bubble.You might also see multiple bubbles for certain supps. These is because some supps affect a range of conditions, but the evidence quality varies from condition to condition. For example, there’s strong evidence that Green Tea is good for cholesterol levels. But evidence for its anti-cancer effects is conflicting. In these cases, we give a supp another bubble.This visualisation generates itself from this Google Doc. So when new research comes out, we can quickly update the data and regenerate the image. (How cool is that??) 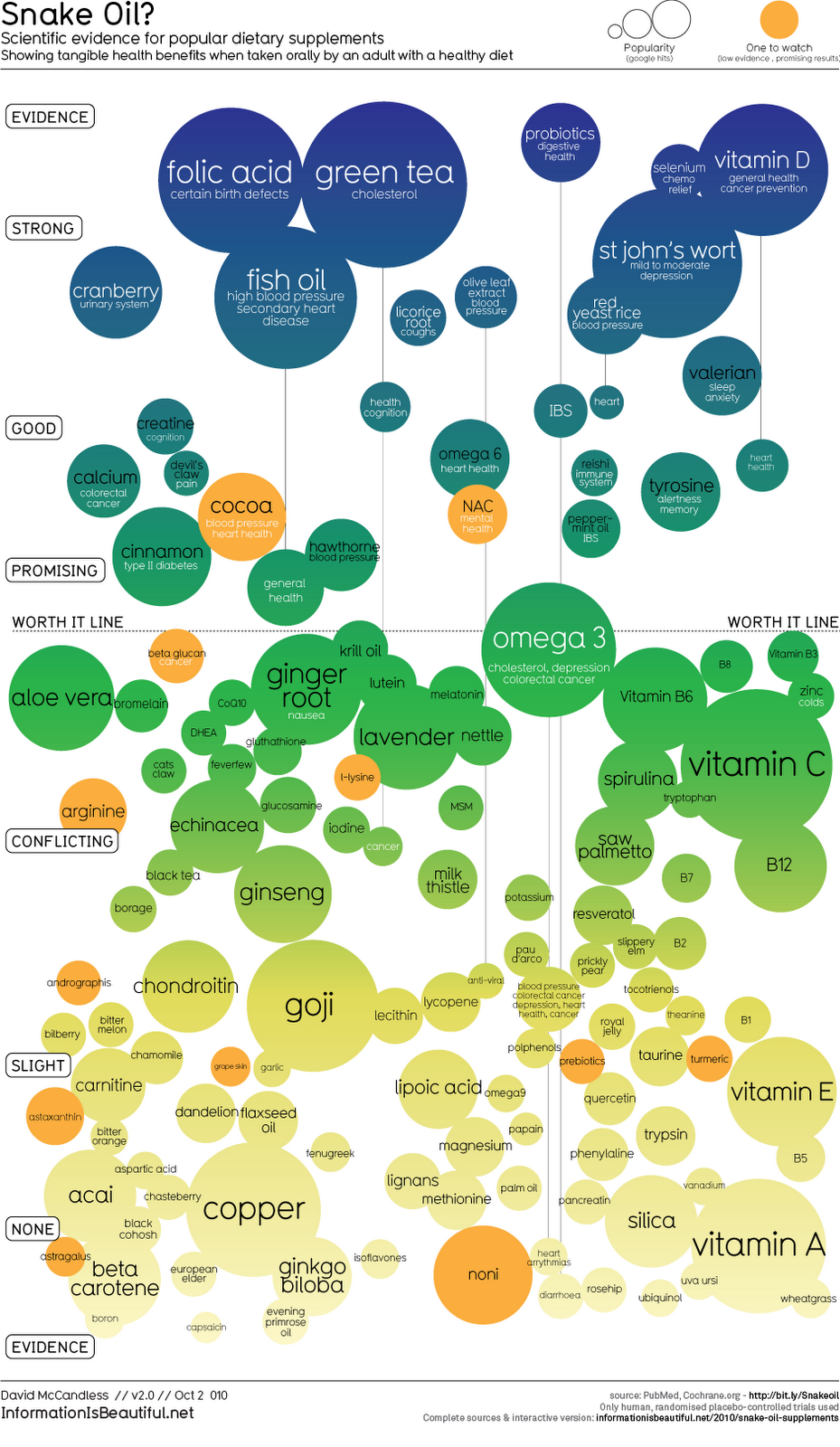 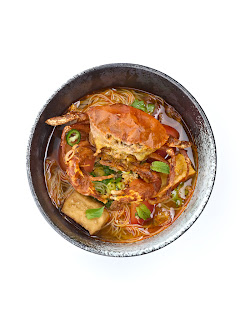 Just got wind of a new Vietnamese restaurant in town.  Opened by the same folks who opened up Annam, Les Amis now presents NamNam Noodle Bar.  Unlike its sister counterpart, NamNam is much more reasonably priced, with Banh mi going for $5.90 and various Vietnamese noodles anywhere between $7.90 to $16.90. 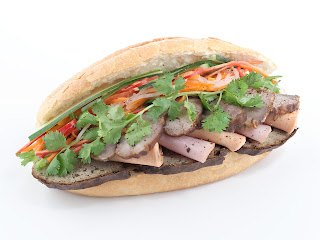 I just came back from my first trip to Vietnam two weeks ago, where banh mi costs a buck each.  But who am I to complain?  My friends and I were whining about the lack of banh mi options in Singapore the whole trip home. 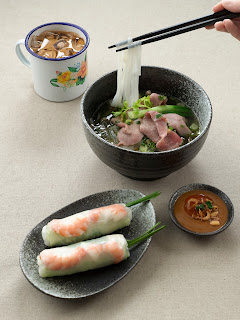 I have NOT tried out NamNam Noodle Bar yet, but it is on my ASAP-to-eat list.  Will report back soon if it's any good.  If you manage to get there before I do, please share your thoughts!  In the meantime, here is their menu: 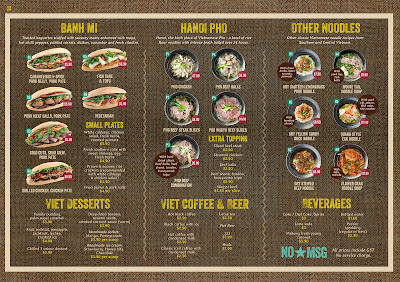