When it comes to matters of the heart, I don't wear it on my sleeve; I've found that my outlet of expression is through written words.

We're picking up Tofu's ashes this evening.  Even though he was getting old, you can never be mentally prepared for it. He died suddenly on the afternoon of 12 September.

"It's just a dog," some people say.  I have no expectations nor demands of anyone to understand that particular bond between human and dog.

It goes beyond human relationships.  Frankly, I can't think of other situations when I'd actually miss having someone follow me to the bathroom solely for the contentedness of being near me whilst I shower or defecate.  I suppose Tofu was just returning the courtesy, since I'm around when he showers and poops too.

He joined me in Singapore, when I moved here alone.  On Sundays, when local friends had their own family matters to tend to, Tofu was my kin and company.  For years, he was there for my ups and downs.  He was with me since New York when I had my first serious boyfriend in college.  He was there during the warm moments, the fights, and the heartbreaks too.

He was there snuggled up in my arms whilst I was reading, he was there to prance and jump along on the bed to my shameless pajama dancing to Pop songs – even though he prefers Coldplay.

He knows I don't like being slobbered on, so in the mornings when he wanted to wake me up, he'd nuzzle his nose into my cheek and then nuzzle some more.

Like many small dogs, he liked to be the tough guy.  I don't usually leash him up when we go on walks, but once he was when there was a fat cat twice his size nearby.  He pulled at his leash while he barked big-boy noises at it.

Then he yanked once a little too hard and the leash dropped from my hand. He quickly moved towards the cat without me, barking until he realized there was no resistance pulling him back.  He tilted his head and looked back around at me in apprehension, then sheepishly came scurrying back.  From behind my ankles, he quieted down to a scoff and a grumble.

Tofu loves girls.  Since his puppy days hanging in Washington Square Park, he'd naturally gravitate towards anything in a skirt, perhaps knowing they would be a guaranteed source of squealing and fawning attention.  He loved people, and didn't have much interest in other dogs.

He was particular though, because he seemed to know who wasn't quite a 'dog person' (or perhaps something else).  He couldn't be bribed with treats or food from these people.  He'd walk away uninterested.  Funnily, this test extended to my potential dates too - and sure enough, he knew how to pick out what turned out to be the bad eggs.

We both have an unreasonable fear of thunderstorms. We moved to Singapore, which has pretty much the scariest thunderstorms we've ever experienced – thunderous booms that would rattle the windows and lightning that tears across the horizon.  When he sensed an impending storm of doom, he'd come in close into my arms, and I'd hold him tight and pull the covers over.  He was my thunder buddy until our last days together.

He became my security blanket.  He was there whenever I did something stupid or mortifyingly embarrassing at my first internship and my first career jobs out of college. He never bore judgement, just kisses and wiggles. Still now, when I relive these embarrassing moments in my head —and this next part has become habit— I call out loud "Tofu!" even when I was overseas away from him.  I really do.

He's seen me through some serious downs and several pivotal moments through the 12.5 years.  He too was involved in some of the moments.  Never in my adult life have I knelt crying and begging, except once, and that was to save him when he was taken from me. I was 27 then. I learned a lesson of what love and humility means in your own household. And there finding that having difference in values can never be changed, and discovering within myself that this as the most important aspect in human relationships.

In return, he's displayed a fierce loyalty I've experienced no where else.

Then came a recent and perhaps one of the most extreme phases in my life; which resulted in moving apartments in Singapore every few months while I tried to figure out life and the idea of even continuing my own.  He was there, but in spirit I was not.  It was a dark period.

As I prepared to move him back to Hong Kong and couldn't bring him along with me to my temporary accommodations, I was fortunate enough to meet someone who was curious to dogsit this little dog named Tofu.

From there, I witnessed someone who soon grew to love Tofu like her own. While I figured out my situation, she took him in and put so much heart into giving him the best she thought there was. It's a wonder she ever cared so much, because he was horribly grumpy and mean in big social settings (and she's a social gal) during his last years.  I'm so grateful for her care, and I thank you Caryn Cheah for loving him. He loved you too.

I apologize to folks who encountered him in his final months, when he decided to rock his old age  and do whatever he willed – peed on who he disliked, bit without consequence, smooshed his face in poop.  I wish I witnessed more of it, the stories half embarrass me, half crack me up.

So, I understand if I sound ludicrous right now to some readers.  It's just a dog.

I'll be releasing his ashes where we spent countless quiet nights along Henderson Waves by ourselves. Goodbye Mister Tofu.  ro ro. 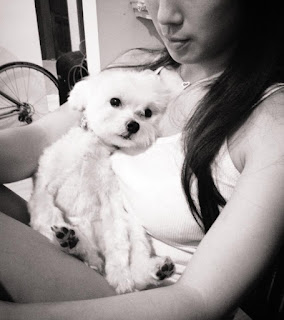 ---
[For posterity, quoting my Facebook eulogy to him here]


13 good years, Tofu. You saw me through college since your puppyhood in wintery New York when Jonathan Lee almost convinced me to name you 'Escalade' or 'Dom'—as in Perignon (thankfully Helene Yatrakis McNannasuggested the most perfect name which you bear now). Went to Hong Kong and you continued being my little spoon, and where you met your girlfriend, Miso. Then I went to Singapore, and along you traveled again. You were my thunder buddy in this place that has pretty much the scariest thunderstorms we've ever been through.
You weren't very popular in your last 2 years, as the biggest crankiest oldman grumpface. But you truly touched a good handful of us in a big way through these years. I'm so grateful for people who understood the wonder of your fierce loyalty and loved you as much.. And you lived your last year as a beloved Prince with Caryn Cheah Hsiao Fen, when I couldn't. Loved and snuggled by Serene Lim too. Patiently handled by roommates and friends Varian Lim Norman Hartono Rika Lam Maggie Luk Lau and more.
13 years, you remained sprightly and ridiculously good looking. You were there for my toughest moments over the past decade, snuggling into my face when I was sad, or happily jumping along with me to shamefully bad pop music in my bedroom. Cooking was the best with you around my feet in the kitchen, cleaning up scraps that accidentally fell (I still have the habit of not immediately picking up fallen food.. Except onions and garlic, I still freak out when I drop that because of you). And you always knew how to help me suss out the good boyfriends from the shitty ones. Ha.
You're my best bud. You are kin. I don't think there are thunderstorms in Heaven, so you'll be alright there with Miso. 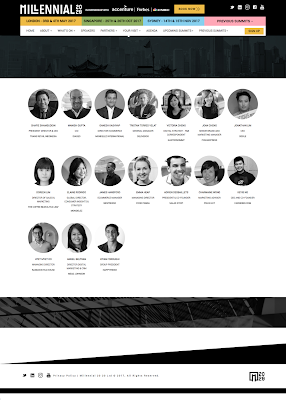 It was my first time moderating at a conference, usually I'm interviewing or on the panel. I was really hoping to moderate the Content Marketing panel, darn. Nonetheless, thank you for the invitation to moderate this discussion, Millennial20/20.

It's a shame a lot of the replies were canned PR-type responses, but perhaps I can also improve as a moderator and insist on harder hitting questions next time. Some nice insights from Kiyan Foroughi from Happy Fresh though - I'm interested to see how the industry plays out as competitors (RedMart, HonestBee, etc) begin to intersect markets. 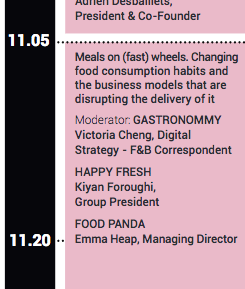 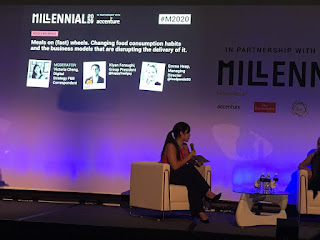 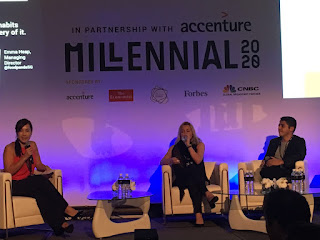 World's such a funny place, how it all comes back around after a time. This first happened a while back, before third-wave coffee was even a thing in Asia.

10 years ago, whilst I was still wet behind the ears, fresh out of school, I entered the F&B business beginning with Caffè Vergnano Hong Kong. It was the Vergnano family who taught me how to appreciate coffee, and the culture behind an Italian coffee bar. The world digs Aussie-style coffee now, but remember, it was the Italians who brought it to Australia!

It was during those 5 years where I learned the kind of dedication and unforgiving hours it takes to run restaurant operations (and probably why I eventually opted for the dark side instead: media). 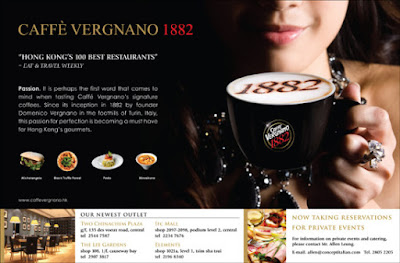