Chats with an Uber Driver in Singapore

Today's chat with a chatty UberX driver, Sin Choon, in Singapore:
About why he chose to work with Uber over Grabtaxi;
His insistence that I freeze fresh lemon juice in an ice tray, so I can get some vitamin C to help with my cough.
He is pro-government, pro-PAP (that's a first) for the safety standards, work standards, and general living standards of Singapore;
He shared his thoughts on food bloggers and food critics (trust no one);
His thoughts on the local Hong Kong food scene (dai pai dongs don't exist anymore);
To check out the nasi lemak at Changi Village, and that Chinese New Year in Malaysia is more fun than in Singapore. They're more festive and celebrate the tradition with more vigor.

He intermittently quizzes me, sure to name something or somewhere I don't eat: durian.. curry fish head... Chomp Chomp... Geylang... petai beans.... But I eat all. He said I passed the test and can stay in Singapore. "You eat a lot of things ah. You must be in Singapore for the food. I talk to foreigners and they never hear of petai. You can make it here, can get your Permanent Residence already."
Damn straight.
"You can get it easily, just marry a Singaporean, ha ha!"
Fuck off, one-star rating. 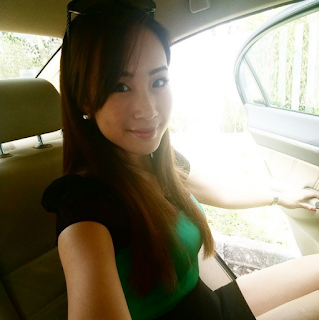 Just in. 'Slim' isn't exactly what I would call myself, but thanks #StraitsTimes 😂. I love sports as much as I love food. I gained a lot of weight this year, the peak of which when this interview took place...! but being active, leading a balanced life of good mental health, physical fitness, and fun is ultimately more important than weight scrutiny. Smaller dress sizes naturally happen when that's all in check. #mindandbody #fitandfab #GastronommySG
A photo posted by the chubby ninja (@victoriacheng) on Oct 26, 2015 at 6:51pm PDT

"If I had a world of my own, everything would be nonsense."
Alice in Wonderland 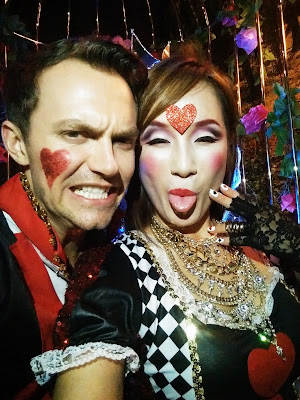 Thank you everyone who joined me at the mid-week Halloween cocktail event in collaboration with Cointreau Blood Orange.  You can find all the photos from my personal camera on my Facebook page.  Other photos will be available on Cointreau, Lifestyle Asia, Büro24/7 Singapore, and Vanity Singapore's page. 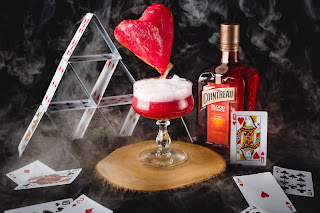 Just a couple of photos I have on my phone, camera, and computer...Cointreau Singapore's unique collaboration parties...
Posted by GASTRONOMMY on Friday, October 30, 2015

[PRESS] Büro247: Three ways to jazz up your Halloween party 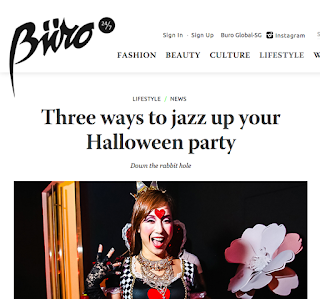 We draw a few pointers from Victoria Cheng's whimsical party inspired by Alice In WonderlandIt all begins with a stairway carpeted with grass. Giant mushrooms and life-sized flowers greet you as you make your way down this rabbit hole. If first impressions are anything to go by, Victoria Cheng's Halloween party, thrown in collaboration with La Maison Cointreau, is a hard one to top. Instead of choosing to amp up the scare factor, Victoria's party is all about celebrating all things strange and whimsical. For her one-night only wonderland, the writer, producer, and #FriendofBuro drew inspiration from Lewis Carroll's Alice's Adventures in Wonderland, pulling together a stellar crew of friends and partners to help her stage a party that saw over 160 guests making merry at Vanity, the new cocktail bar at The South Beach. Full article at Büro24/7 Singapore

Destined to have food related events on the news since 1994.  Found some old videos from my childhood!  Channel 12 News, oh memories from New York. 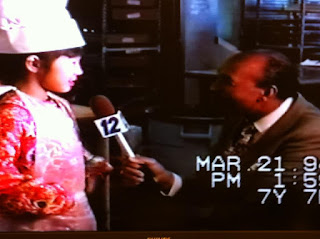 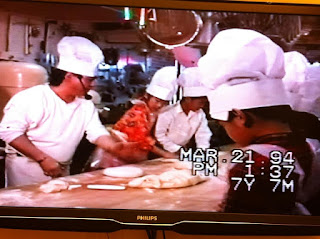 I still throw pie themed birthday parties, and now we're going to have cookies at next week's event... 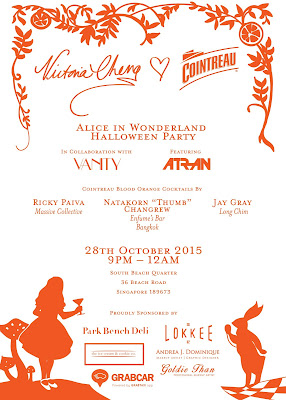 Yeah, I just did that and didn't starve myself - I even had a full dinner at CUT by Wolfgang Puck on day 7 (french fries, wagyu steak, creamed spinach, bread, etc), and had two flights within the week.  Granted, I had gained 10kg since November, so the first 3kg is the easy part.  More on this later.  I just wanted to pat myself on the back, because I worked my ass off and am pushing through a flu.

Burnt couldn't be a more apt title for this movie. 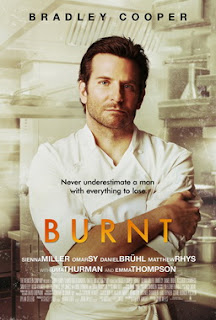 Food, kitchen stories, and Bradley Cooper.  It sounds like the perfect recipe for two food writers to indulge in.

But in Burnt, the dishes are redundant and are way too focused on the chef's halibut and steak dish that looks like it's from hotel fine dining circa 1990.  Not salivating nor admiring here.

The scenes were amateur, as if this was written with no real research and shitty character development.  Chefs in the trade do have meltdowns, and they can rage when their team isn't working up to snuff. In Burnt, however, it's not clear why Adam just walks into the kitchen flipping out at ... what exactly?  Unfortunately, his character development isn't particularly deep, so the viewer doesn't get a sense of empathy or deeper connection to his impression of Gordon Ramsay on Hell's Kitchen.

What was in this world-changing sauce that Sienna made?  Really - is that little cut of presenting a pan all you're going to give us?

I had it when the maitre'd had to explain to his professional front of house staff what the Michelin guide was.  You're telling me that polished waitstaff in an ultra fine dining restaurant IN FRANCE have never heard of this "Michelin Guide"?

Perhaps my companion and I were being too critical of the movie, as some of the other viewers who left the movie were quite satisfied with the course.  But in an age where kitchen life has become more mainstream in mass media, the team behind Burnt could have done a little bit more research on what actually goes on.