The difference between High Tea and Afternoon Tea. 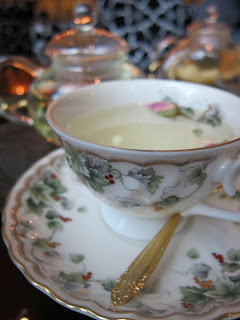 Do you really know what high tea is?  I frequently hear and see the misuse of the term "high tea" by friends and even on menus offered by five star establishments.  Let’s clarify that today.

High tea is confusingly used as the label for an elegant mid-afternoon tea (typically known to be enjoyed by society’s tai-tais and proper English ladies). On the contrary, the true origins of high tea was labeled by the UK’s working class as their early evening meal (5pm-7pm), in lieu of dinner.  The name high tea was created because of the “high” table it was eaten on, and the foods usually consisted of heartier dishes such as pot pies, sliced meats, custards and hot or cold tea.

The term most people are really looking for is “Afternoon Tea” or "Low Tea."  Daintier in form and with its own rules of etiquette, afternoon tea is rumored to have been created by one of Queen Victoria’s ladies-in-waiting.

To make the long story short, this lady-in-waiting, the Duchess of Bedford had a growling stomach and wanted to nibble and have good mid-afternoon gossip.  Inviting her lady friends to Belvoir Castle and encouraging them to leave their corsets at home for a relatively comfortable afternoon snack-a-thon, she began a new trend among the socialites of Britain. Their typical afternoon tea is still similar today with assorted light sandwiches, sweets, cakes and of course, tea.

Today, the term “high tea” has been completely misused especially in the United States and Asia… though they do carry the same essence and purpose at the end of the day. 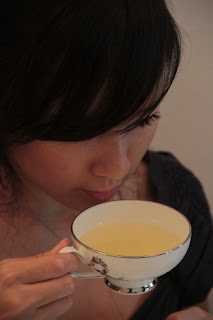