The Coffee & Tea aisles were quiet.  The stalls were sad and empty since many of the French and Italian coffee company staff were stuck in Europe.  The volcanic ash situation really mucked up a good number of stalls throughout the expo with missing representatives and products that won't make it until Thursday or Friday of the show. 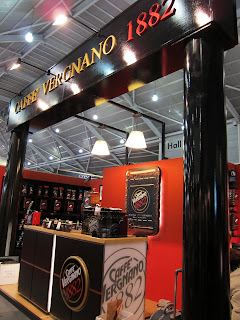 Caffe Vergnano 1882 had none of the Vergnano family there, though one Italy representative was there at least!  He was fortunate enough to have taken a flight a few days earlier to the ash disruption.  Good thing or else we would see an empty stall here too! 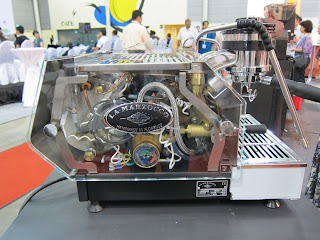 The dazzling machinery that comes with Caffe Vergnano Singapore 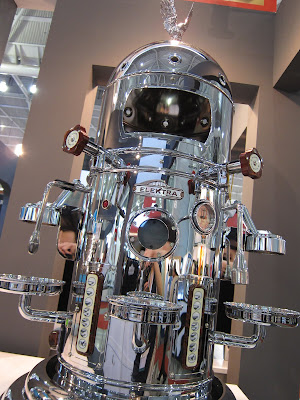 Elektra's beautiful Belle Epoque.  I would love to have one of these in my future shops or kitchen. 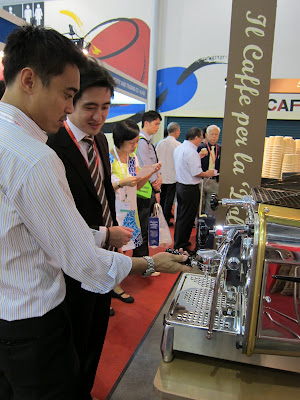 Mr. Foo of Singapore's fabulous artisanal coffee shop, Papa Palheta oogling at coffee machinery and our friend Colin trying not to break it. 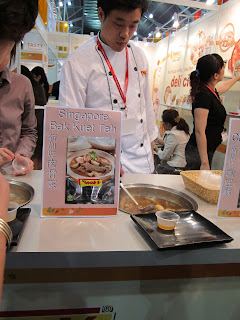 Many local brands and dishes, as expected. 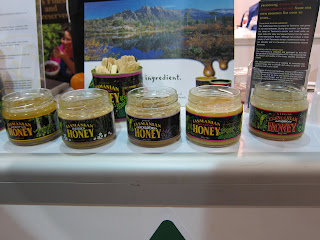 Delicious magnificent honey!  Their leatherwood honey was divine.  And Manuka honey isn't as terrible as some people make it out to bee.  I mean, be. 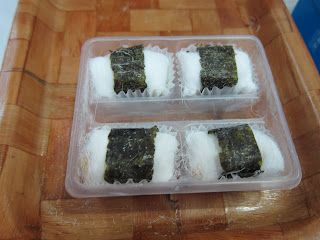 Dragon's Beard Candy isn't new to this Honky*, but wasabi filled ones are!  Seaweed and wasabi go with the flossy delicate candy much better than I expected.
*Singapore's nickname for Hong Kong natives, not the US definition of honky! 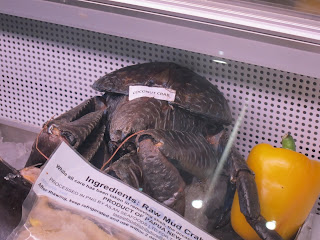 The coconut crab.  Easily one of the biggest, ugliest crabs out there.  I can't remember if I've ever seen it in the flesh at an aquarium before, but this is definitely the first time I've seen it in the fridge. 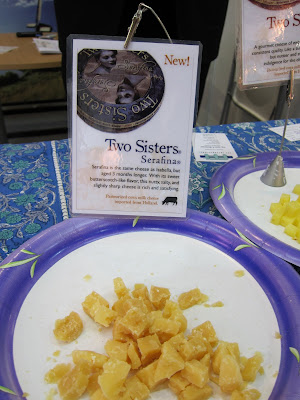 I'm a French fromage lover at heart, but certain Dutch Goudas can slip their way into my affection from time to time.  The Two Sisters Serafina Gouda has been aged 18 months and is slightly sweeter than your average gouda with a butterscotch-like flavor.  It is fabulously rich for a gouda!  Cheeseland's cheese aren't available in Hong Kong or Singapore yet, but I wouldn't be surprised to find them there soon.

The Chinese palate isn't used to richer cheeses out there, so Dutch cheeses are one of the best for the beginner to begin his or her cheese exploration with.  In general, Gouda, Edam and Leiden cheese are a bit more mild with a familiar firm texture.  I believe Cheeseland's selection of cheese are great for the Asia market.  Other Cheeseland cheeses I must recommend for both cheese novices and cheese masters: Ewephoria Aged (matured sheepsmilk gouda), Truffle Noir (Italian truffles and cowsmilk gouda), and HoneyBee (goatscheese with a touch of honey). 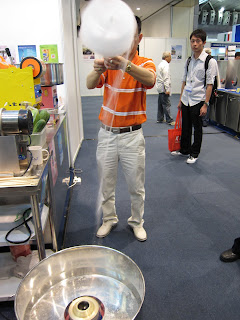 Cotton candy is relevant to my personal interests. yumyumyumsugar.
See that giant ball he's creating?  Yeah, that was mine.  Now it's in mah belly! 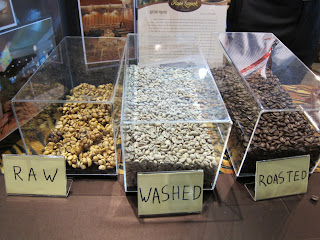 The infamous coffee, Kopi Luwak or Civet Coffee.  I have to admit that the grinds smelled wonderful.  Yes, it's true the coffee beans are harvested from the butts of a cat-like animal from Indonesia.  Yes, that is a box of the civet's raw poop.  And yes, it's the most expensive coffee roast in the world.  om nom nom? 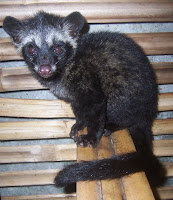 All in all, FoodHotelAsia exceeded my expectations so far.  I might even venture to say that I was slightly more impressed by FHA 2010 than HOFEX Hong Kong (2-3 years ago).