Let me start this off with a controversial statement:

I am not warmed by any supposed granny charms (in fact, it kind of gives me a creepy vibe), her accent and voice annoy me, and I don't find her recipes particularly ground breaking.

BUT, I love her gooey butter cake recipe.  I originally saw the recipe posted elsewhere and my jaw dropped at the idea.  An entire box of sugar?  Two whole sticks of butter?  Seriously?  It looked and sounds amazing.  Then I reached the bottom of the article, giving Paula Deen credit.  No way.  I was about to try my first and most likely last Paula recipe (for no other reason than sheer principle).

I later saw another recipe on NYT for St. Louis Gooey Butter Cake recipe, which looks equally as appetizing.  I made this pumpkin gooey butter cake twice so far, the second time slightly tweaking Paula's in combination with the NYT's version.  I'll just post Paula's at the bottom though, since it is super easy and a very tasty dessert.  I recommend using the NYT's version if you want to make your own cake bottom instead of using the usual yellow cake mix that is used in generic gooey butter cakes.

I have a hand mixer, but no good deep mixing bowl to mix it in.  By hand it is! 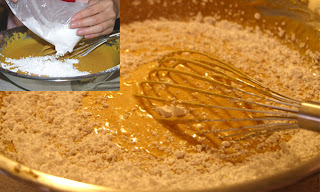 Yes, that is crack.. the crack secret to this cake: an entire box of confectioner's sugar. 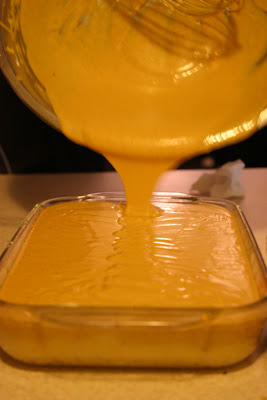 That will soon become ooey gooey. 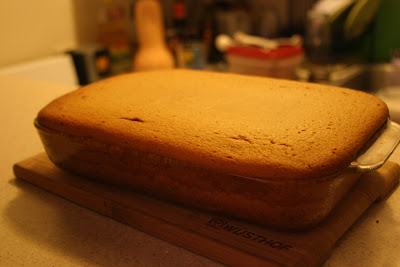 The final product, but it still must cool for an hour at least! 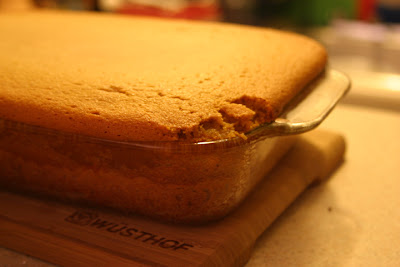 Except someone took a nibble before they were supposed to.  The burnt corners are definitely the best part, by the way. Aaand, the culprit.  My brother was sitting perched on a stool for a good 15 minutes straight, just staring at the cake, inhaling the intoxicating scent of baked pumpkin.  I was adjusting my camera when I caught him reaching to steal another piece before it was time. 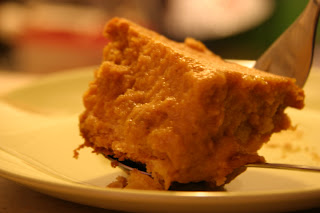 And now, we feast.

HIGHLY recommended to fresh whip some heavy cream to top this cake.

The one and only Paula Deen Recipe you will ever see on Gastronommy:

2.  Combine the cake mix, egg, and butter and mix well with an electric mixer.  Pat the mixture into the bottom of a lightly greased 13 by 9-inch baking pan.

3.  To make the filling: In a large bowl, beat the cream cheese and pumpkin until smooth.  Add the eggs, vanilla, and butter, and beat together.

4.  Next, add the powdered sugar, cinnamon, nutmeg, and mix well.  Spread pumpkin mixture over cake batter and bake for 40-50 minutes.  Make sure not to overbake as the center should be a little gooey.