Dating, Marriage, and Negativity in Asia 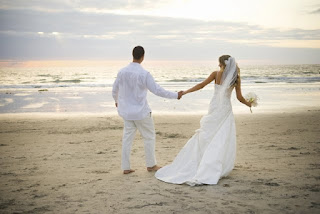 I don't like to share deeply personal opinions publicly, unless it's about food, politics, or how I feel about the GoT storyline. Yet, this day-to-day issue below has just been weighing on my mind for some time, and I hope it will help all of us be kinder to one another.

There's something I see more prevalent in Asian societies than Westernized ones.  Why is that whenever there is a relationship breakup, people instinctively assume it's the woman's fault first? That she's the pitiful thing who is losing out? Why is it a woman is defined by her relationship, but a man is defined by his achievements? Worse yet (and seemingly universal), the first people to cruelly put down that woman first... are usually other women.
Maybe, just maybe, it was her call to end the relationship; maybe she, like some men, aren't rushing to get married or find the need to prioritize a relationship at that point in their lives. Maybe, he's the one losing out.

People of course, shouldn't assume anything in the first place, because it's not their business. But let's not kid ourselves that's ever going to happen. It's a rare thing to find someone our age who keeps their opinions on such things to themselves amidst squawking gossipy kings and queens, and even more rare are the ones who simply don't think about it at all.

I know a married couple just a few years older than me. The husband comes from privilege, a family name of the upper echelons of our current society. For as long as I've ever known of them, there were constantly whispers and sneers at his girlfriend and later wife, only being in it for the money. It's so easy to accuse and put someone else's happiness down, isn't it? I don't know her well, or what her real motivations are. But I do know that her husband, regardless of his family background, undoubtedly has a magnetic personality. He's incredibly charismatic, the kind of person who knows how to light up a group conversation, and all around fun to be around. This might be hard to grasp for some... perhaps she wanted to marry him, because he's just a cool guy.

I don't see the people of England going, "Kate is just in it for the crown jewels." I mean yeah, she's in it for William's 'crown jewels', but you know what I'm trying to say.

Sometimes it feels so hopelessly negative here. I see people who can't be happy for their own supposed friends, even harsher are the acquaintances who don't stop their judgemental comments to think, "Actually, I don't know the full story at all." Some people seem to expect or hope for the worst outcome of their own friends they were just hashtagging #squadgoals with an hour before.

And when these acquaintances come and "confide" in me and everyone else around them, it doesn't make me feel more included when you talk badly about your own friends. I question how you're handling your insecurities, your character, and your loyalty to people you love. And it makes me sad.

Maybe it's age, maybe it's these kinds of issues, (maybe it's Maybelline). This is why I've become more socially selective these days. The friends I do have and care to see, I cherish them to bits. Their big fat heart full of similar values I treasure, their solid characters, their unconditional friendship helps me keep faith. Good people, who are realistic, intelligent, who have their own problems like anyone else, yet choose to be overall optimistic about those around them. For you friends who realize your own flaws and mine, but nonetheless wish the best for me.. Ah, I am grateful to have you in my life. Thank you friends for being who you are.

PS. For the soulless gossip mongers, who are presuming "Why this post?", I have not broke up with anyone recently that triggered this. I just wanted to point out what jerks you are, and know that it's never too late to change.
PPS. Sometimes, it is the girl's fault. But that ain't none of your beeswax either.