This year's World Gourmet Summit in Singapore is showcasing only two chefs who specialize in Chinese cuisine, among a long list of other chefs who are presenting Western menus.  Chef Kenny Fu from Beijing's My Humble House is one of them.  He is serving a special menu for lunch and dinner at Singapore's Tunglok Signatures until Sunday 30 March.  Make your reservations here.  See the full menu here.

Celebrity Chef Kenny Fu is not just the face of modern cuisine in China, he is also a chef for celebrities. Personalities like Jay Chou and Christy Chung have dined at Chef Fu's table. Striving for innovation, Chef Fu constantly challenges the boundaries of Chinese cooking and frequently travels to understand how modern cuisine is interpreted globally. A familiar face on TV, Chef Fu is a regular on Chinese television programmes. He recently defeated Michelin starred Chef Jean Jacques from France and Enrico Bartolini from Italy in a CCTV-televised chef competition. Chef Fu is currently Cuisine Consultant to My Humble House in Beijing, China.

Here are my favorites from the lunch menu. 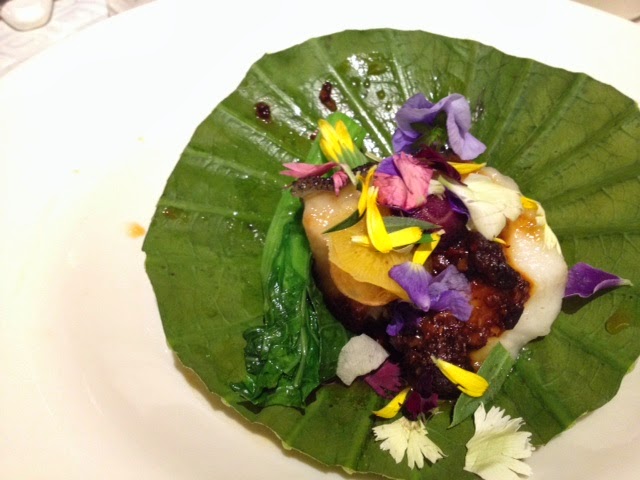 These beans are specially from Taiwan, lending a lovely smoky note to the marinade. On first bite, I found the dish rather ordinary. But as I went through, taking mouthfuls of each of the ingredients into one bite, the textures and flavors came together in an addictive way. The fried dried chilis were particularly delectable with each crunch. 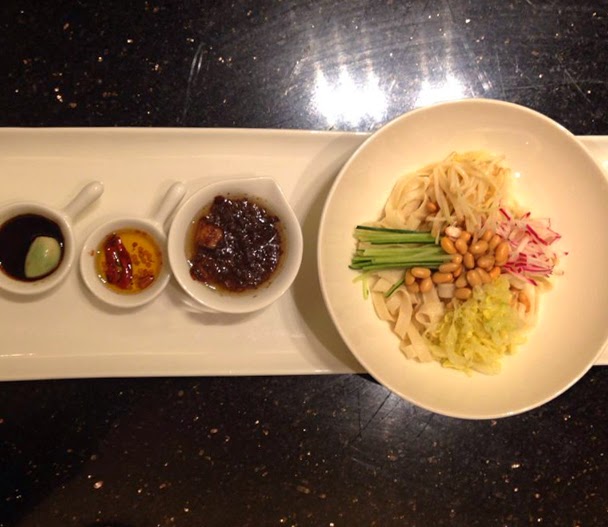 If there's only one dish you can try on Chef Kenny's menu, it should be this dish. Only 20 servings are available per day at his restaurant in Beijing. The noodles are painstakingly handmade by Kenny Fu himself every day. Over lunch, he quipped, "Two of my cooks who were in charge of preparing these noodles quit on me, because of the laborious work it required every single day. These take a lot of energy to make."  The black bean sauce itself requires an additional 4 hours to prepare.  The long hours are well worth it though, because I am far from the only diner who gurgled moans of approval as we ate through the dish.  Chinese celebrities such as actress Zhang Ziyi has often claimed this to be one of her favorite dishes in the city. 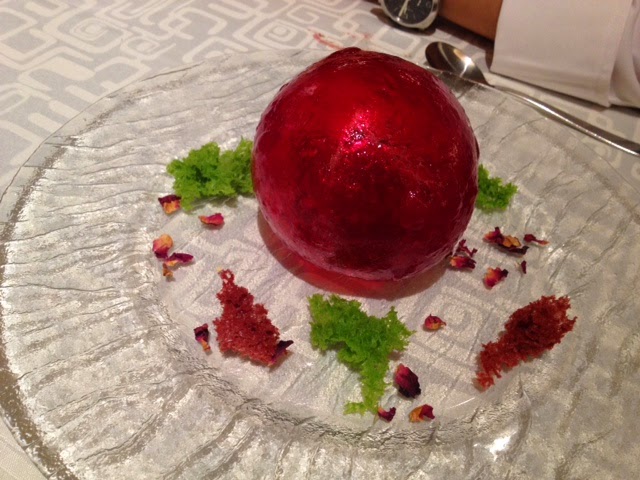 This splendid ruby sphere garnered a few gasps of delight.  A simple concept, but no less a joy as we cracked through the candied shell to reveal the luxurious Valrhona Chocolate Mousse that lay within.  Each of these spheres require an hour each to prepare. Similar to glass blowing, the candied substance requires careful execution from handling to timing to temperature control as it is blown into shape. 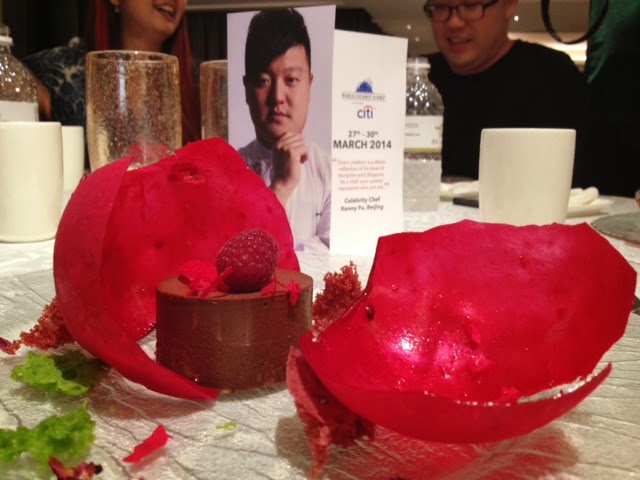