A few days ago, Singapore has seen the return of Joe Hill of 3D Joe and Max.  Thanks to technology (namely, the internet), their street art is known throughout the world.  Joe's missing the London Olympics, instead popping by to see his buddy Dominic Khoo and to exhibit some pieces at 28 Fevrier.


Joe, the English theatre-actor-turned-street-artist began with chalk back in the day, but he soon realized that chalk limited the interaction-factor, which is one of everyone's favorite elements about his work.

Like the little monkeys we are, we were immediately sucked in and took dozens of photos -- the evening went by in a flash... or should I say, many flashes. 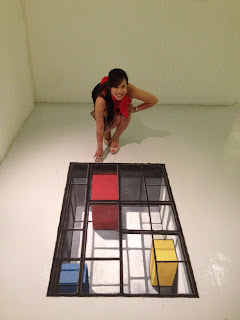 This is Joe's favorite piece.  This is just a start of a new series, taking classic works of art and making them 3D.  His next piece?  Van Gogh's "Chair". 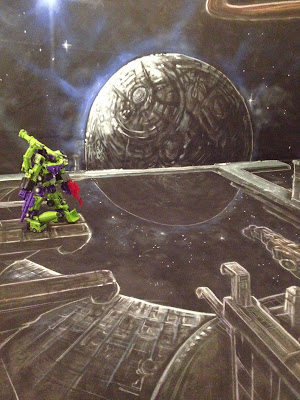 Cybertron piece, done especially for Dominic Khoo of 28 Fevrier, who is a fan of Transformers.  Check out that seriously awesome Devastator toy; it's definitely not a Hasbro-made toy.  It's worth at least SGD$700.

Other pieces at the gallery I also liked: 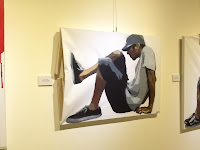 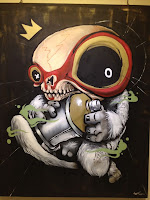 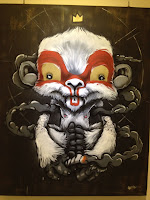