Macarons. The 2 Methods of Making
by Jack LEE (part of a macaron series on Jack's blog)


When it comes to macarons, there are two methods of making them: the French method and the Italian method. Some chefs will tell you, they swear by the French method, and another will not hear of anything than the other. And knowing how chefs or pastry chefs are, once they have their mind set on their own philosophy, it is then a one way street. Personally, I don't have much of a preference, however if I were to choose to make macarons, I would most likely choose the Italian method over the French. *Only because you have less of a chance to over mix your batter.

In this post, I will explain the differences between the two methods.


Although there are two methods of making the macaron, and each method will require you to do things a bit differently, the general idea is the same. To incorporate your meringue into your mixture of almond flour and confectioner sugar.

The French method of making the macaron requires you to start whipping your egg whites with a large amount of sugar into a stiff peak. What you will end up with is classically called, "French Meringue".

The Italian method of making the macaron is similar, but instead of making the French meringue, you are now making the "Italian Meringue". And this is done by boiling a mixture of water and sugar to a temperature of 118C - 121C and then adding it to your lightly frothed egg whites. 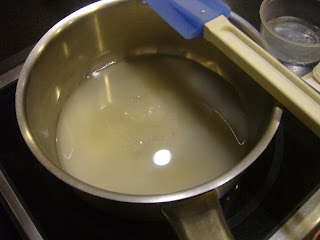 The mixture of sugar and water: simple syrup 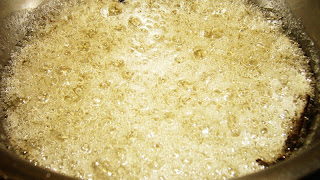 2) THE MIXING: During the incorporation of meringues into the dry mixture, I find it harder to fold in the French meringue into to dry mix compared to the Italian meringue. Although it is harder to fold in the French meringue into your dry mix, at the same time, the border line between a nicely incorporated and an over mixed is just a matter of 2-3 extra stirs away.
Once you have over mixed your batter, you will start to release the water content that was once trapped by the stiff meringue, resulting in a very runny batter that will not hold its dome shape when piped. You will have an easier time folding in the Italian meringue and the chance of over mixing the macaron batter is smaller. Since the egg whites are partially cooked by the hot syrup, therefore making the proteins bonds stronger. 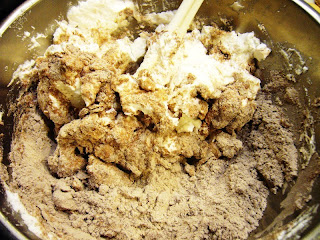 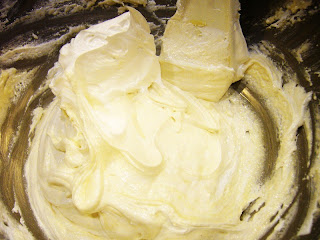 3) THE RESTING: There is also a difference between the period of resting time prior to baking your macarons. Resting time is one of the many important factors for the proper rise of the macarons during baking. Resting will allow a thin layer of skin to form on the surface of your piped macaron, and is also one of the contributors to producing the famous "feet" on the bottom of your baked shells.

The French method will contain more moisture content and thus, will require you to rest your piped shells for at least 15-30 minutes depending on the humidity of the room. The Italian method, on the other hand, only requires you to rest your piped macaron batter for approximately 10-15 minutes. The reason for this shorter time of rest is due to the evaporation of moisture already happening when you were adding the hot syrup into your egg whites and whipping it to cool. 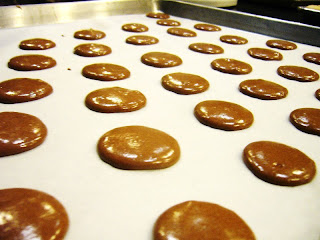 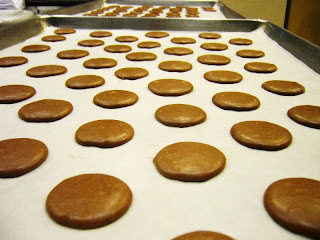 [All photos in this post provided by Jack, the author of this article.]

Jack had his first culinary exposure at the early age of 16 when he procured a position at a rotisserie restaurant. It was then that Jack quickly realized his interest in food wasn't just a spark anymore, but it had grown into something much greater. A love and passion for food had developed.  In the last 7 years, Jack has cooked his way through the fine dining kitchens of Toronto with his focuses on French Cuisine. And in 2010, Jack sets out to attend the French Pastry School in Chicago, hoping to further gain new culinary experiences through the world of French pastries. www.baking104.com.tw