As promised in an earlier entry, I would briefly share a few of the more unusual things I've gobbled up this past January.
Cod fish sperm sac
At Hana Sakazuki, the chef came out with a small special serving on the house.  My father is a frequent customer, so we are often graced with yummy little snacks and fish.

I looked at the dish, recognizing the cod liver on the side.  I had no idea what the lump of the soft jelly-like white substance was.  My father looks amused and insists I try it, "It's fish brains."  I comment that it is a very large brain for a fish.  He answers with a strangely sly expression, "I guess it's a really big fish."

I've eaten brains before at a Mexican restaurant in Brooklyn.  Pork brains in a taco.  It was pretty tasty, so I give these fish brains a go. 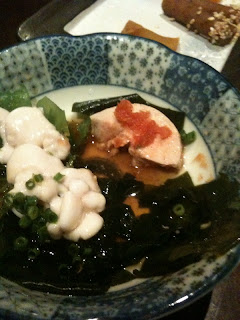 Turns out, it's fish sperm.  Very funny, Dad.  I didn't believe my father at first (he has a tendency to make extremely inappropriate jokes at the dinner table), until the chef came back explaining that it was indeed fish sperm.  Shirako, this dish is something of a Japanese delicacy, but there I was making a face about it like a child.  I asked my father to eat some.  He looked incredulous and disgusted, "No way!"

As a supposed lover about the culinary world, I actually bring myself to try it once more, now knowing that is in fact sperm and not brains.  I choke it down...there is some argument and many jokes as to why fish sperm should make me gag more than fish brains.

I still didn't get the appeal.  It doesn't taste much like anything at all.  All I taste is the salty dressing and seaweed underneath.  Pass on cod fish sperm for future ordering.

As a side note, Hana Sakazuki has some of the most amazing sushi and fresh fruit I've had in Hong Kong.  Their toro is ethereal.  It comes at a high price tag though. 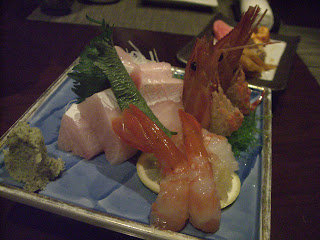 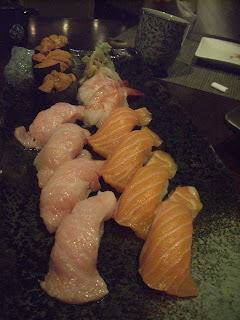 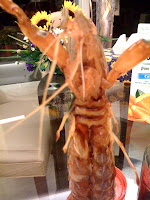 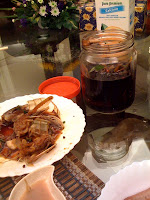 The other night, my dad pulled out a jar of pickled drunken prawns-- made by putting live prawns in a jar of Chinese wine, soy sauce, etc to pickle.  I've had the crab version before and loved it.  Nothing like delicious raw crab!  I've also had grilled mantis shrimp before (also known as "pissing shrimp" for their tendency to shoot water when they're picked up).  Not a big deal. 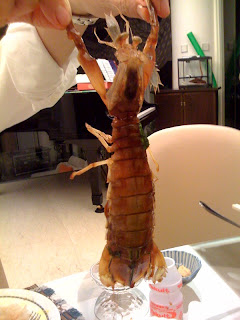 But when he pulled it out of the jar, I imagined how my non-Chinese friends would react to the sight.  Pissing shrimp are not pretty critters.  I enjoyed it all the same, but was left to wonder who on earth thought to be the first to eat these alien looking things. 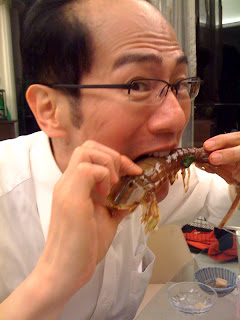 My dad shared the same thoughts about being amused with people's reaction to eating raw pissing shrimp.  He was happy to help with the imagery.


It never would have occured to me to order this, let alone eat it.  But thanks to my friends, Colin, Mik and Brian, we ordered an appetizer of duck beaks in Bangkok.   You simply nibble the trimming of meat and tongue around the beak.  Simple as that.  The actual beak is not edible. 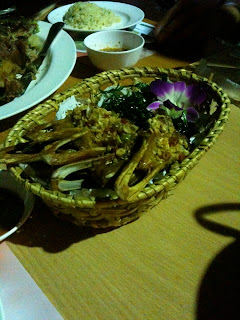 The fried duck beak was much tastier than it looked.  The tongue was unpleasantly rubbery to the bite, but what doesn't taste good fried? 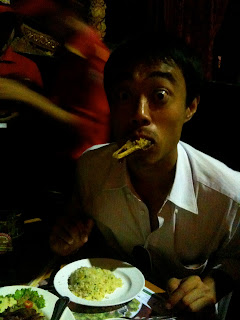