We've come a long way since the 1800s Prohibition drinks in hidden speakeasy's and the last few decades of "disco drinks" such as Sex on the Beach and other overly sweet syrupy drinks (see: History of the cocktail).  Fortunately, our generation have seen the rise in what is known as mixology, an elevated cocktail culture heightened with the freshest ingredients, finest spirits, and experimental techniques. 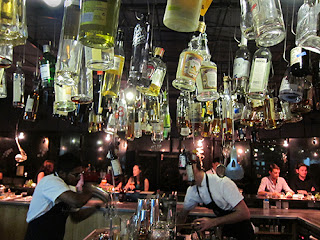 Celebrating this speciality cocktail culture is the World Class 50: The Definitive Drinking Guide, an online destination featuring some of the finest cocktails around the world made by the world's best bartenders (along with information on where you can try it).  The guide was inspired by the Diageo Reserve WORLD CLASS, an outstanding global training program that focuses on the craft of the bartender, helping to build careers in the industry. The program culminates in an annual luxury landmark week where the Diageo Reserve WORLD CLASS Bartender of the Year is announced.

Talented bartenders participate annually in this highly anticipated industry event, going through vigorous regional heats and national finals (Diageo Reserve World Class), before representing their own country at the global final.  And tiny as the country may be, Singapore has proudly been represented as a finalist* every single year.
*Finalists: Aubrey Sim (2009), Richard Gillam (2010), Aki Eguchi (2011), Aki Eguchi (2012), Zachary de Git (2013)

Earlier this year, Gastronommy was invited to photograph this year's Singapore winner for The World Class 50: The Definitive Drinking Guide.  The Guide highlights 50 of the most innovative and talented bartenders from across the globe.  Needless to say, I was excited to photograph for this highly regarded mixology event that is in its 5th year in the making. 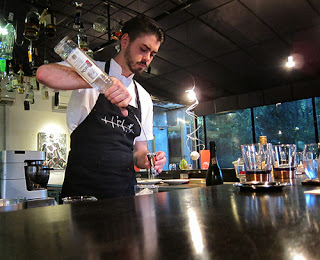 This year's Singapore World Class Bartender of the Year finalist is Zachary de Git, the head bartender at Ryan Clift's The Tippling Club.  Already at 24-years old, Zac came to Singapore three years ago after honing his craft at some of Australia's most well-regarded drinking establishments, including Black Pearl, Der Raum, and Press Club.

Cocktail Feature: A Change of Hue 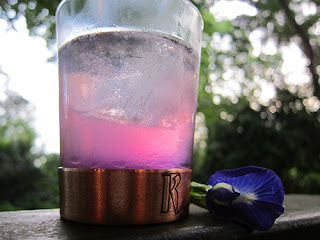 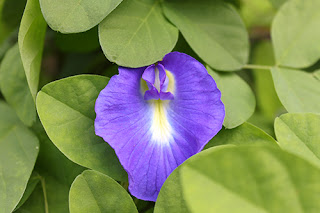 Zachary's winning drink, aptly named A Change of Hue, was inspired by the local clitoria flower.  The vivid purple-blue flower is often used in the local Peranakan cuisine for coloring. 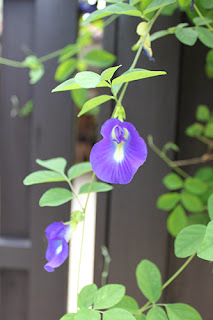 No prizes for guessing how the clitoria flower was named. It is also known as the blue-pea flower

On his daily walk from home towards his bus stop towards work, Zac first noticed the bright flowers growing on his neighbor's fences.  Intrigued by its colorful and delicate characteristics, he began experimenting with the flower in his cocktails.  His neighbor welcomed Zac to take his fresh pick of clitoria as he pleased, since the flower blooms, dies, and grows back again in a 48 hour period. 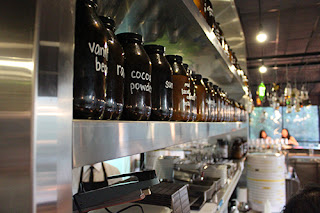 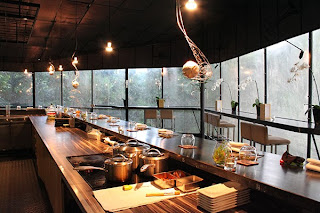 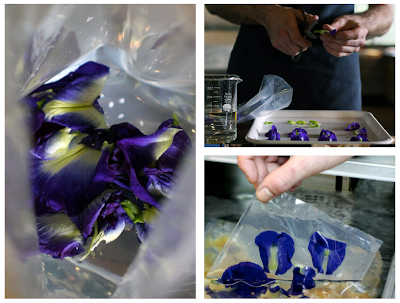 At The Tippling Club, Zac first begins by trimming the flowers to prepare for a vacuum sealed water bath to infuse the clitoria into a liquid. 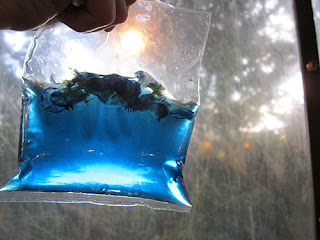 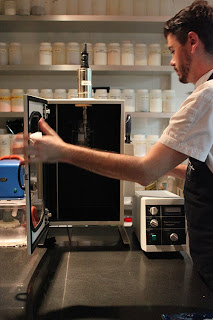 It was around this time I also got a closer look at Tippling's Club's experimental kitchen - I felt like I was in a science lab.  These guys mean business. 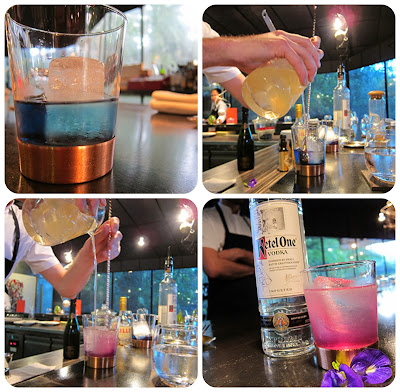 "Are you ready?" Zac asked me, syrup in hand posing over the rim of the glass that held a mixture of Ketel One Vodka and other key ingredients.  I raised my camera, not sure what to expect seeing through the lens.  As he poured in the final signature ingredient, the in-house made syrup, I watched the colors swirl from blue to velvety purple, and finally settling into a rosy blush.  "Did you catch that?" I remember him asking me, perhaps rhetorically, as he prepared one more glass for me to capture on camera again. 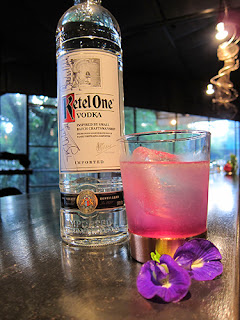 "A Change of Hue" 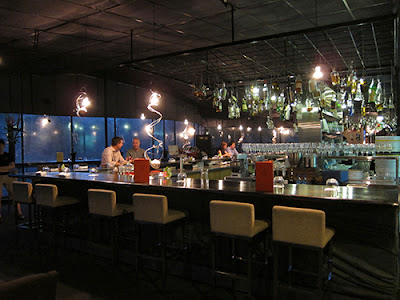 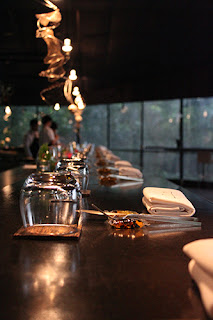 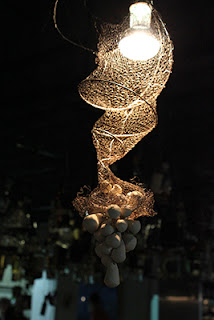 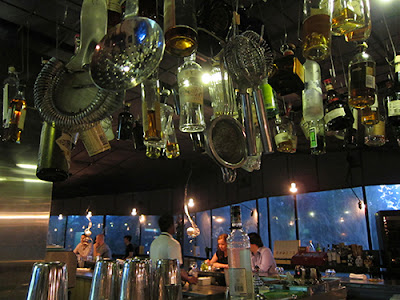 Throughout the early evening, Tippling Club was filled with beautiful soft greens and blues of the lush tropical surroundings set in a rainy sunset.  Bit by bit, the long bar filled with gourmands, awakening the open-kitchen into a flurry of activity. 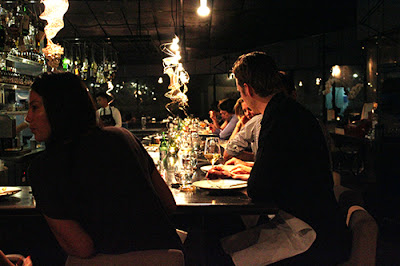 A CHANGE OF HUE, RECIPE
Contains 20 grams of alcohol per serve 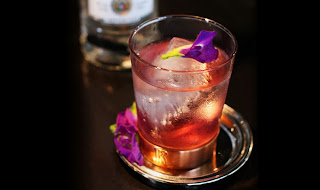 A Change of Huge is light liquid entertainment which awakens the palate with prominent flavours without being overpowering - it encapsulates the magic of molecular mixology in a relaxed apertif. 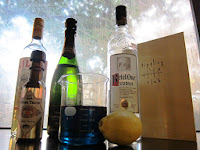 Method: Stir together all the ingredients minus the syrup.  Pour over the chilled syrup in front of the guest. 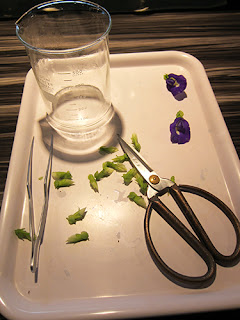