What's Wrong With What We Eat

Mark Bittman is one of my favorite food writers at New York Times.  As a food writer I look up to, he understands all too well how difficult--and unrealistic--it is to give up meat and dairy entirely.  He is probably the first to really make me reconsider how much meat I consume... and how I consume in general. 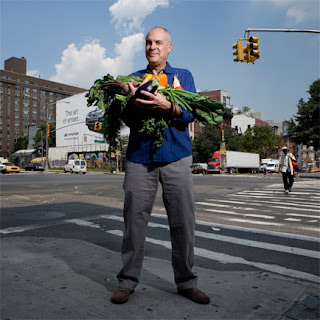 In this fiery and funny talk, New York Times food writer Mark Bittman weighs in on what's wrong with the way we eat now (too much meat, too few plants; too much fast food, too little home cooking), and why it's putting the entire planet at risk.

Mark Bittman is a bestselling cookbook author, journalist and television personality. His friendly, informal approach to home cooking has shown millions that fancy execution is no substitute for flavor and soul.


Proving he is a man of action and not just all talk (and writing), he has written a book about going vegan.  The book, VB6 will be released April 30, 2013.