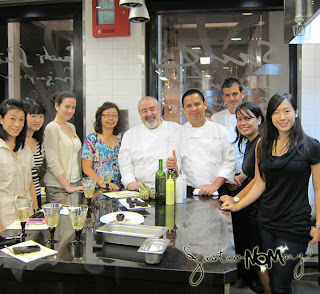 I was in Bangkok getting on a plane back to Singapore around 5pm, when my editor messaged me about the press conference with the celebrity chefs at Marina Bay Sands and some of her thoughts about Mario Batali and the event in general. I spent part of the flight trying not to regret not being able to go.

I arrived in Singapore around 8pm when she messaged again.  She had left the conference a little earlier and was standing outside when she was nearly bowled over by a stretcher carrying Santi Santamaria's limp body, followed by Santi's frantic executive chef and one of his staff. 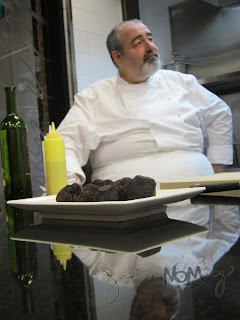 And as we discovered shortly after, great Catalan chef Santi Santamaria has passed away to apparent heart attack this evening.  The restaurant was immediately closed to the press and public.

Life is short. Life is precious.  I had just met Santi for the first and last time this past Sunday in Singapore before I flew off to Bangkok.  I was eager to get back to Singapore to update about my Sunday visit and perhaps see the jolly chef again.  That was only 4 days ago.  I will continue to post about Sunday anyway, though the mood has changed considerably, hasn't it.

I joined Santi Santamaria and his chefs at Marina Bay Sands' Santi for the first (and now last) of his personal cooking demos by the man himself.  As he later explained, the purpose of the class was to display the amount of effort and thought that went into each of his dishes.


I took some video clips here and there of the class. 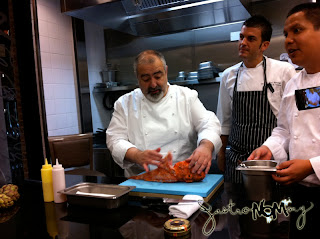 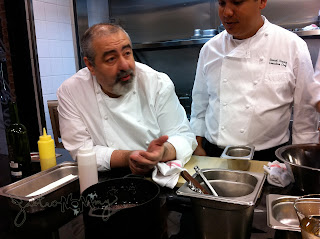 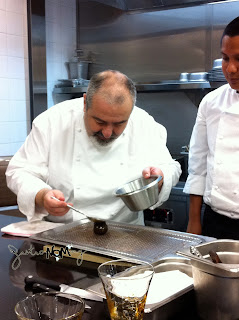 Before this step, Santi had taken out a brick of foie gras terrine and gingerly sliced a generous amount from the center.  He lifted it, and we awaited his next instructions in the demo ....
.... but then he just popped the whole thing into his mouth with a grin.
(those are the kind of cooking instructions I can follow like a pro) 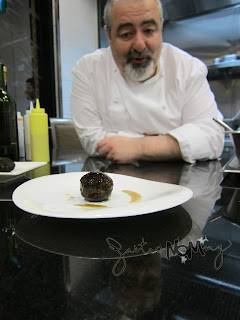 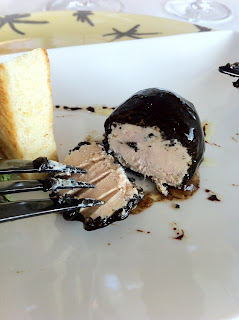 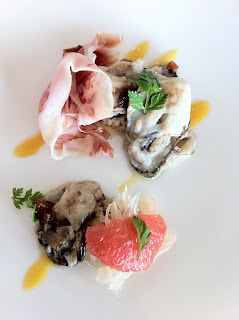 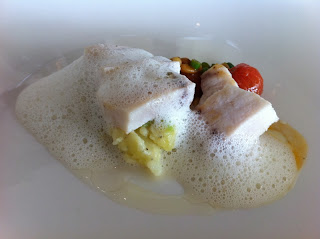 Santi has certainly left his mark in the culinary world with his three-Michelin star restaurant in Barcelona, head-butting with el Bulli's Ferran Adria and for Asia... his new restaurant at Marina Bay Sands in Singapore.  My deepest condolences to Regina Santamaria and the rest of his family and staff.